Republished with permission from The University of Adelaide Newsroom

One of the many challenges for grape growers posed by climate change is the accelerated rate at which grapes ripen in warmer climates, which can result in poor colour and aroma development.

In a new study published in the Journal of Agricultural and Food Chemistry , researchers from the University of Adelaide found it is possible to increase the flavour potential of Cabernet Sauvignon grapes by slowing down the ripening process with strategies including crop load manipulation and irrigation management.

Groups of compounds were responsive to different factors, including crop load, irrigation, ripening rate and in some cases an interaction of these.

Lead author, Pietro Previtali from the University of Adelaide’s School of Agriculture, Food and Wine

Lead author, Pietro Previtali from the University of Adelaide’s  School of Agriculture, Food and Wine, said: “Advanced maturation due to warmer temperatures is a key issue for grape growers in most wine regions worldwide and especially in warm and dry areas such as Australia and California.”

“It leads to faster sugar accumulation in grapes, which results in reaching the targeted sugar levels when the concentrations of colour and aroma compounds are below their maximum values.

“Growers therefore have to compromise between harvesting when sugar is ready but the desired flavours are missing, and prolonging grape maturation until an optimal composition of colour, mouthfeel and aroma compounds is achieved.”

“The problem with prolonging maturation is grapes undergo shrivelling and yields are reduced with a negative consequence on profitability, and higher sugar levels that lead to high-alcohol wines.”

Where earlier research has found techniques such as thinning vines and intense irrigation late in the growing season can change wine composition, the new study examined how these techniques specifically affect the development of aroma compounds in the grapes themselves. 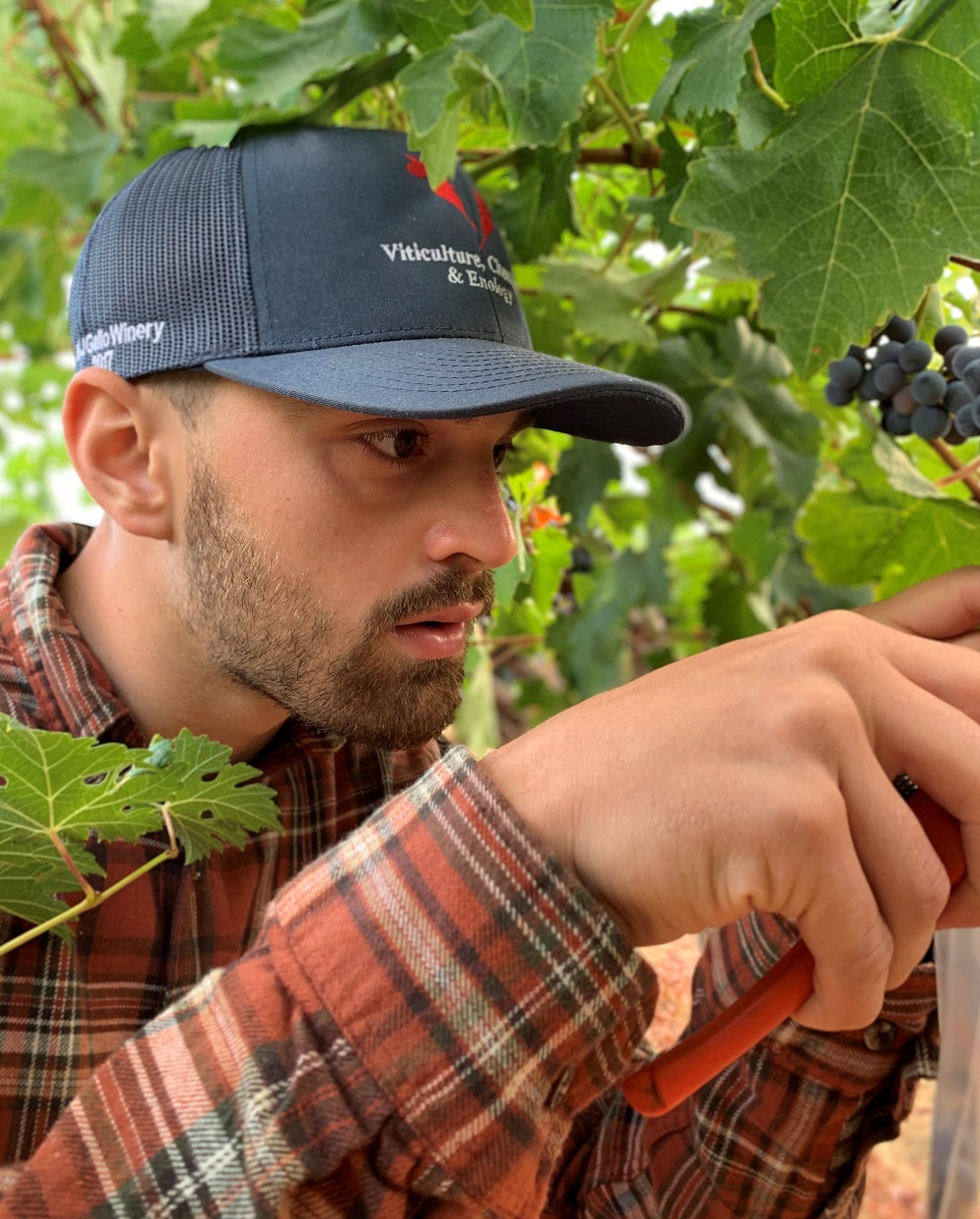 The researchers grew Cabernet Sauvignon wine grapes at a commercial vineyard in the San Joaquin Valley in California. The vines were either thinned, or irrigated late in the growing season, or both, with grapes collected throughout the ripening period. These were compared with grapes grown in the same block where neither technique was applied.

The researchers found that delaying ripening slowed down sugar accumulation, which led to a decrease in green aroma compounds, unwanted in winemaking, and increased fruity aromas, colour and mouthfeel compounds, associated with red wine quality.

They also observed that the composition of grape quality traits is not dependent on a single strategy.

“Rather, groups of compounds were responsive to different factors, including crop load, irrigation, ripening rate and in some cases an interaction of these,” Mr Previtali said.

Using the strategies available, the researchers sought to achieve the longest delay possible to study the relationship between sugar accumulation and flavour development. For example, a delay of three weeks was achieved through a 35 per cent reduction of crop load and late season irrigation of 50 per cent additional water.

“While representing a valuable experimental tool, this approach however may not be practical due to availability and high cost of irrigation, particularly as water becomes a scarcer resource,” said Project lead and co-author, Associate Professor Christopher Ford, the University of Adelaide.

“Tailoring the management of these strategies seems to be the way to achieve the targeted levels of aroma compounds, colour and mouthfeel in wines.”

The researchers say replication of these vineyard trials over future seasons is necessary to fully understand the implications of year-to-year variation, and develop a broader understanding of combining crop load and late season irrigation to delay sugar accumulation.

The study was conducted within the ARC Training Centre for Innovative Wine Production based at the University of Adelaide, with research partners from the Training Centre and E. & J. Gallo Winery in California.