Colleen Szeto and Professor Kerry Wilkinson are investigating ways of overcoming taint from vineyard exposure to bushfire smoke.  In early October, Colleen presented aspects of this project in an invited talk at the 3rd International Flavor & Fragrance Conference (IFFC) in Viña del Mar, Chile.  The talk, “Can in-canopy misting mitigate the intensity of smoke taint in grapes and wine?” was presented during a day dedicated to wine science research.

Attending and presenting at international conferences are an important aspect of an early career researchers professional development and provide an opportunity to extend their scientific network. Here, Colleen reflects on her time at the IFFC. 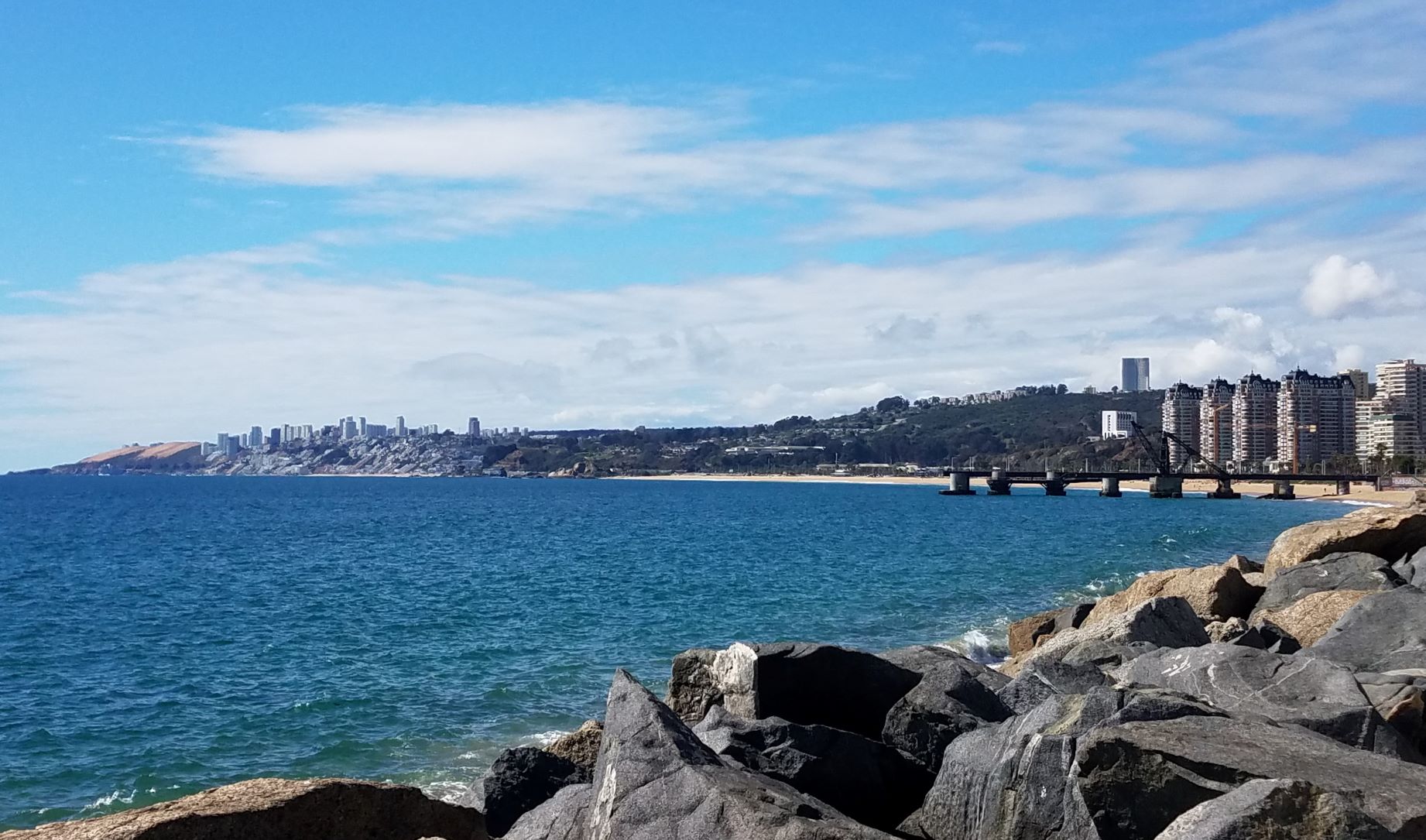 After flying into Santiago, shuttling to Los Pajaritos bus station, and navigating through the hub of human traffic whirling through the terminal, I caught a bus to the coast. High-rises sprouted along the beach, all vying to provide as many residents as possible with a view of the sea. The streets were tight, windy, should-be-one-way width, but often they were not, and a practiced dance between two oncoming cars was followed. Major intersections were framed not by four, but by three crosswalks, and they served as regular stages for jugglers that entertained drivers waiting for red lights to turn green.

Although the IFFC was the first big conference at which I presented (to an audience constituted entirely of strangers), the schedule looked familiar. There would be presentations – keynote speakers, short presentations, flash talks, and poster sessions. There would be coffee breaks, lunches, and a gala dinner. Going into it, I didn’t have any preconceived ideas of how it might be different. I knew that there would be one session allocated to wine – and that the rest of the conference would span a plethora of other matrices including licorice, cherries, crackers, flowers, papayas, black currants, and sourdough.

I observed that in many talks, regardless of the matrix, the objectives were similar: First, developing an analytical method to identify compounds of interest in a matrix, and second, using that method to explore the formation pathways of key compounds that would grant better control over their expression in a product. Despite many of the presentations relying on this well-substantiated dogma and all the logic that comes with it, there were other talks speckled throughout the program that highlighted the limitations of this approach.

There were scientists involved with the biological and psychological aspects of perception, whom pointed out the most fundamental and the most subjective layers respectively, that dictate how and what we perceive in our world. There were also scientists who discussed non-volatile and volatile fractions of a mixture and how they interact to create a collective perception very distant from their constituents in isolation. These talks demonstrated that capturing the sensory profile of a product, by compiling a list of flavor-active compounds based on their concentration in a matrix relative to their isolated aroma thresholds, is not capturing the entire picture. Novelty came not in pointing this out, but in the fact that both sides of the discussion were included in the same conference in a way that made each side question itself.

This conference made me both marvel at the progress made in flavour chemistry and wonder at what new questions may be asked and what new information will emerge, with further developments in data analysis, method development, and the fusion of chemistry, psychology, biology, statistics, and sensory science, that is better suited to encapsulate the many dimensions of perception. The IFFC also reminded me of how it is always during the time outside of the conference sessions, when all of the formalities are stripped away, that lasting connections are made – especially in the context of impromptu salsa dancing!

Written by Colleen Szeto, PhD candidate in the ARC TC-IWP