When most people think of the Golden State, they imagine the beautiful national parks, the bright flashes of Hollywood, and the countless introductory movie scenes that unfold over San Francisco Bay.  But what many people don’t think about is the extensive network of highways that connect all of those postcard destinations.  Wide enough to squeeze in all the jacked up Chevys, cross-country 16-wheelers, and 8-kid SUVs that crawl one way at dawn and barrel the other way at night.  Highway 99 is such a road, a bleak, parched, and often congested stretch of pavement that functions as the spine of California’s Central Valley communities.

The scattered vineyards, wineries, laboratories, and tasting rooms that constitute E. & J. Gallo Winery traverse the entire 684 km distance of Highway 99 (and beyond).  Within such a sprawling company, there are many opportunities for interns to work and experience the unique capabilities, challenges, and opportunities that become possible when growing grapes and making wine are orchestrated on such a massive scale.

Most of the harvest interns were either enrolled in undergrad or fresh out of it; but as a graduate intern, I had the freedom to design and pursue truly collaborative research (rather than conduct more routine sampling or fruit processing tasks).  In this environment, collaboration felt like the necessity and expectation to work together in a way that fostered a culture of trust, accountability, excellence, and openness.  The research at Gallo was targeted and efficiently conducted, and it also generated a sense of satisfaction attributed to quickly seeing research outcomes reflected in the actions carried out by the business.

My work in Australia had so far been dedicated to examining the effects of vineyard mitigation treatments and smoke exposure conditions on the extent of smoke taint in grapes and wines using existing methodology.  However, to reach the goal of comprehensively overcoming smoke taint, it is critical to not only investigate additional mitigation strategies but to further develop and understand the best ways to measure and quantify smoke taint, and the internship at Gallo provided this opportunity.

The smoky, burnt aromas/flavours and the distinct ashy, drying aftertaste that can characterise wines made from grapevines exposed to bushfire smoke

Because of the spread of Gallo’s vineyards, if there is a fire burning somewhere in California, it is likely that at least one of their vineyards will be exposed to its smoke.  That being said, grapevine smoke exposure does not necessarily equate to detectable smoke taint in wine.  As a consequence, of the many routine assays conducted by the chemistry team over harvest, the capacity to effectively assess smoke taint risk has grown critical.  The primary objective of my internship at Gallo was to develop a method that directly measures some of the key chemical compounds associated with smoke taint on a novel instrument.

The method development process was straightforward in theory, but in practice required impromptu learning how instrumentation worked, how to identify problems and figure out which parameters needed adjustment, how to interact with and interpret results from the analytical software, and lastly, how to regularly communicate with my team regarding what I had achieved, what remained, and how to close the gaps between them. The latter was the most difficult, but the most rewarding skill that I gained from my internship.

At the intern orientation, I recall a large emphasis on E. & J. Gallo Winery as a family-owned business, and while I didn’t initially anticipate this sentiment to be much more than a marketing slogan, I soon realised that it was a key characteristic of the company culture.  Over the course of harvest, the business generously organised several social events that interns were encouraged to attend, including barbeques, a bowling night, a wine and food pairing event, and celebratory dinners at local restaurants and country clubs. The internship required a lot of committed effort, and even though it took time to adjust to living in the Central Valley, I was provided with a supportive community at work, and I also found one outside of it at a local mixed martial arts gym.

From a few weekend trips, I can say with certainty that getting to hike trails in Yosemite National Park, explore Mission District on Día de los Muertos, imagine Salinas Valley through the eyes of John Steinbeck, and savour some of the best dim sum in San Francisco’s Chinatown, were all well worth the drives on that long stretch of Highway 99.

Colleen Szeto is a PhD student in the Australian Research Council Training Centre for Innovative Wine Production at The University of Adelaide.

Colleen’s research aims to develop methods to monitor vineyard smoke exposure and build on current knowledge to enhance strategies to mitigate the sensory effects of smoke taint in wine. 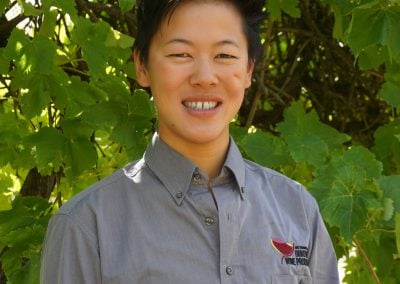 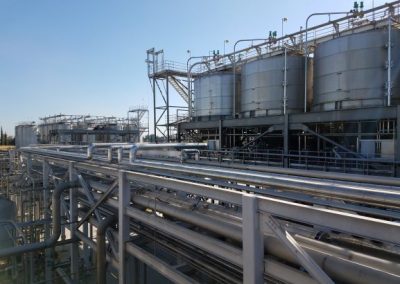 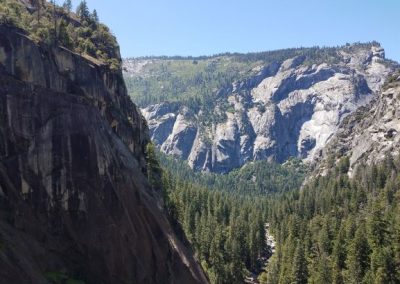 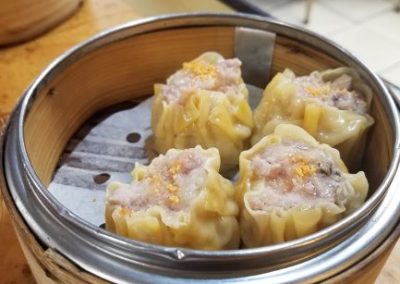 Enjoying siu mai at Hang Ah Tea Room, a treasure in San Francisco’s Chinatown that has thrived since 1920 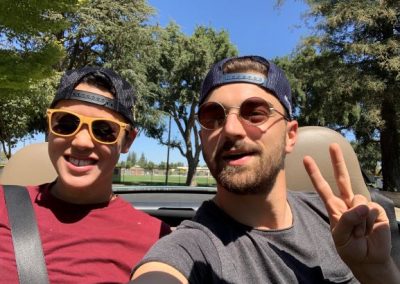 Colleen and Pietro off on a Highway 99 adventure